GO BACK
TO MENU

A cold and peaceful morning next to the Grand River

looking out over the skyline…

Spencer & Brittyn met me at a little park in Grand Rapids next to the river for their engagement photography session. Spencer and Brittyn have been going to school together their whole life. It wasn’t until high school that they started to get to know each other, and that’s when it all began… Brittyn had eyes for Spencer first. He played guitar, loved Jesus, did sports, did well and school… She didn’t ever think anything would happen, so she would just tell all of her friends that she eventually wanted to marry someone LIKE Spencer. 😉 Around his senior year, Spencer started to figure out what was going on and developed some feelings for Brittyn.

Brittyn shared this little blip in an email she sent to me:

That summer after we graduated high school was when we became really good pals, and we had a really tight community (that we’re still close with today!) and we all bonded over that summer. I became friends with Spencer’s little brother which led to Spencer and I seeing each other even more. As I stopped looking at Spencer in a romantic way, he started to like me more and more!

When that fall came around, I moved away to school and whenever I would visit home he would always be a person I hung out with. He even picked me up from college to drive me home a few times! Around Thanksgiving time, Spencer told me about his feelings for me, and after a few days of thinking about it we decided to go on a date, and the rest is history! He told me on our first date he wanted to marry me! (I don’t recommend saying that on a first date, but hey it seemed to work out for us lol).

This was such a sweet and peaceful morning, and I am so glad that we were able to spend it together! Spencer and Brittyn are long distance right now, but they had a little weekend together during fall break so we decided to squeeze this engagement session in at a cute park in Grand Rapids! It was so cold, but that was totally fine because it just meant lots of snuggling up together! I can’t wait to be with these two on their wedding day!! It’s going to be such a good day!

Please check out more of my engagement photography sessions on my profile page. 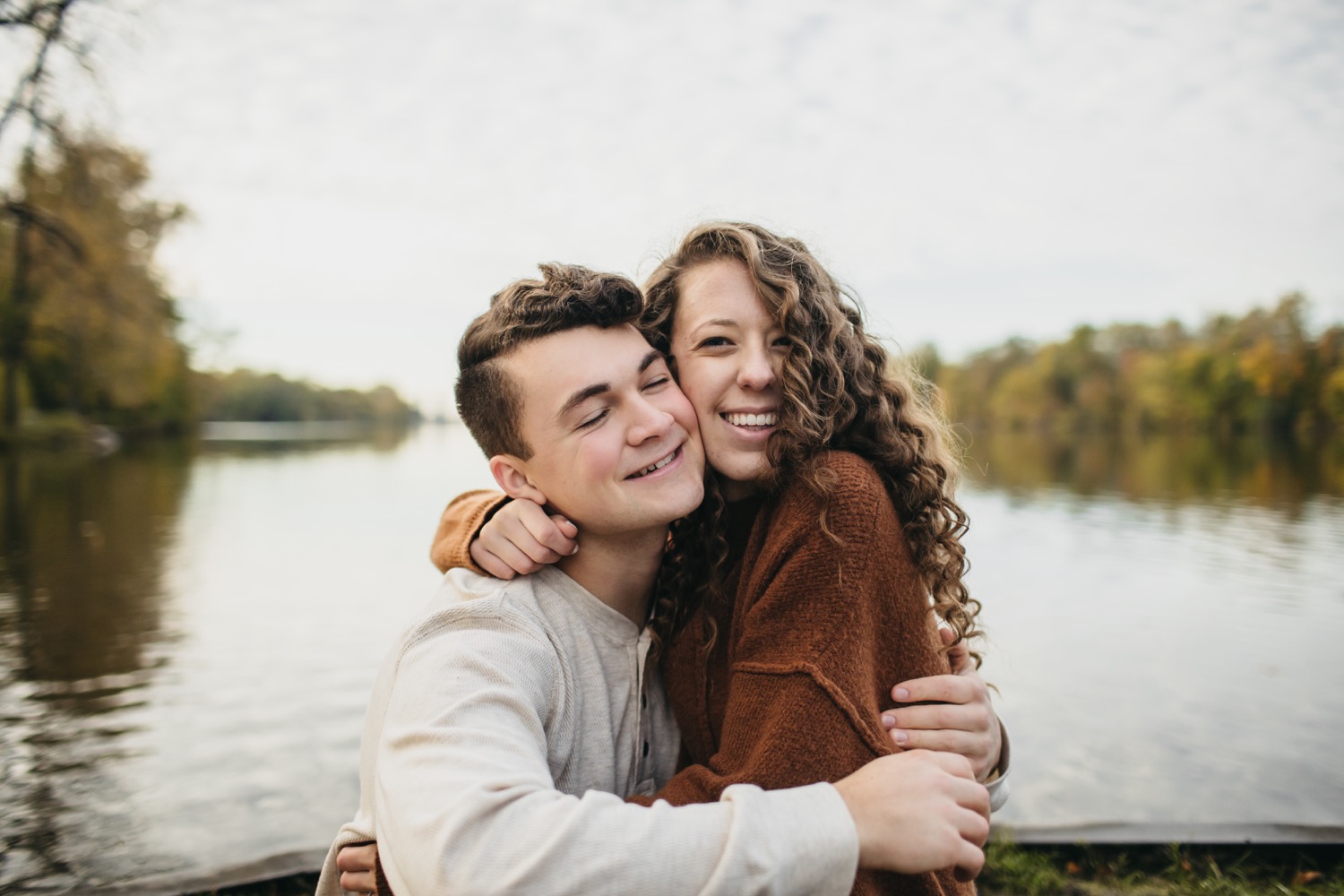 Your Narrative blog will appear here, click preview to see it live.
For any issues click here

Leave me a comment! I'd love to hear your thoughts!!